As Philadelphia’s once undisputed FM radio king of the ratings, 94.1 WYSP, sets to close its doors, ending its nearly 40 year run in a now anachronistic era of terrestrial music radio, I feel it imperative to give the station its due.

Having come of age in the Philadelphia area during WYSP’s heyday, I have very fond memories of the station.

I suppose you could say I have always been an old soul regarding my musical preference. From a young age, I generally have preferred music dating from before my time with very few exceptions. Sure, I loved MJ, Madonna and The Police as much as most every other adolescent girl and boy of the 1980s did. In fact, I was a fan of most 80s music, which helped shape my generation, for better or for worse, and still love most songs from that decade to this day.

But the music that truly shaped my journey through puberty and that I must credit (along with my father and various camp counselors) for my vast musical knowledge to this day mostly dates from the 1960s and 1970s. From Aerosmith to ZZ Top and all things Motown, I couldn’t get enough. I was sure from a very young age that I had been born at least a decade too late.

This was before MP3s. This was even before CDs. Exchanging music was done through mix tapes and copies of albums. My first album collection was an incredible stack of 8-track tapes that included Billy Joel’s The Stranger, Steely Dan’s Aja, Simon and Garfunkle’s Bookends, Stevie Wonder’s Innervisions and Fleetwood Mac’s Rumors.

My father made brunch on many a Sunday as I grew up with the melodious tunes of Liverpool’s Fab Four echoing throughout our house. Breakfast with the Beatles, a Philadelphia staple since 1976, was an actual event, not just a radio show, in my household for most of my youth. My father’s vinyl collection was an impressive sampling of all the greatest artists of the 1950s through 1970s.

When 94.1 WYSP went to a “Classic Rock” format in 1981 (and WYSP invented “Classic Rock,” becoming the first station in the nation to adopt the format), it seemed to be catering to my personal musical preference. Except for the Motown, all of my favorite artists and songs were played on this station – and the best part was, I wouldn’t become sick of the same two or three tracks from each album that they would play over and over again for quite a few years.

Sure, WYSP expanded its playlist over the years, adding late 1980s and even 1990s music to its repertoire (and making me and my generation feel old in the process, as music from our youth became “classic”), but the lions’ share and most significant and beloved music the station had to offer dated from the preceding decades, tacitly acknowledging that all music created after those decades, even if attaining classic rock status, owed everything to the pioneers of the genre, the golden age of rock, the 1960s and 1970s.

Furthermore, in 1986, WYSP became the first station on which Howard Stern syndicated his incredible and controversial morning show and ratings monster. 94.1 became a force to reckon with on the airwaves, destroying its local rival 93.3 WMMR. I loved Howard Stern and listened and laughed as I got ready for school (and later drove to school) each morning. And when school let out, I listened to WYSP’s music on the way home.

But for me, what I will always remember about WYSP is how it basically built my vast music collection overnight.

For many years, the station featured Classic Rock’s Top 500 Countdown over Labor Day Weekend. Listeners would help determine the list and rankings by voting for their favorite songs of all time. WYSP hosts would ask listeners to mail in a postcard ranking their top 3 songs of all time, from which various station employees would cull and order the ultimate top 500. In 1991, my senior year of high school, I mailed three such postcards to the station.

The second listed these songs: 1) Sugar Magnolia, Grateful Dead; 2) A Day In The Life, The Beatles; 3) Scenes From an Italian Restaurant, Billy Joel

And the third listed these songs: 1) Funeral for a Friend, Elton John; 2) After the Goldrush, Neil Young; 3) Like a Rolling Stone, Bob Dylan

I left for college that August, never getting to hear the countdown that year.

Tuesday after Labor Day I got a message in my dorm room from my father. I returned his call and he asked me if I was sitting down. I lied and said yes. He then asked if I happened to have sent any postcards to any radio stations before I left for school.

“You are amazing,” he informed me. “Remi [your cousin] called me first. She was pretty sure she heard your name announced on WYSP as the winner of their Labor Day 500 contest.”

My heart was in my throat and I got a little dizzy from excitement. It was already hot in my non-air conditioned dorm in early September North Carolina. I was sweating.

“Ok,” I managed to reply, hoping to urge my father to get to the point.

“Well they called the house and left a message today.  I called them back and sure enough, your postcard was drawn. You won.”

“Did they say what I won?” I asked, fairly sure I already knew the answer.

“Yup. Every song on the countdown, on compact disc, and a Yamaha rack system with five CD-changer and six speakers. Pretty serious prize. Just wanted to let you know the goings on back home and keep you up to date. I will let you know when and how they want you to claim the prize.”

“Well I don’t know.  Your name was on the card. If they let me claim the prize, I will be happy to. Otherwise, maybe you can get it over Thanksgiving.”

“Holy shit is right. Congratulations. This should make the transition to college a little better, no?”

“I am speechless. Thanks dad. I love you. Say hi to Mom and Mel.”

My CD collection grew by 341 discs. The sponsoring music store even allowed me to exchange my doubles for anything in their store, even exchange. The new stereo was too big and expensive for the college experience, and thus did not make the trek to Durham. Sure, some of the songs overlapped on compilation and greatest hits albums. I even got a couple box sets. But the vast majority of songs came on unique, original albums with colorful and playful cover artwork.

I received every Beatles and Rolling Stones album ever released, as they were the two bands with the most songs on the top 500 list.

I still remember sampling the goods with my buddy Marc as he drove us to and from school a few times a year. The rest were unveiled at my own pace and became a significant part of the soundtrack of my collegiate years. Deep tracks on many of the discs yielded musical gems never played on stations like WYSP. I devoured them eagerly.

So thank you WYSP for playing the soundtrack of my formative years, and for providing that playlist to me in the form of an incredible prize, which allowed me to continue to revel in some of the best music ever created for years to come. I will always remember you as my favorite terrestrial radio station of all time and the left-most button (preset number 1) of every car I drove in the Philadelphia area. 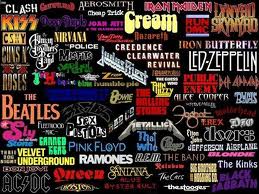