1) Pretty sure I saw the big DJ from Maloney’s circular bar a few weeks ago when I was at the shore…I did a double take and may have even stared a second or two too long…but that guy played Bon Jovi and Bruce and kept the party going until hours I only see when my baby cries in the middle of the night (because my two year old woke her up crying and I am useless).

2) Where in the world did Tia Carerre (her real name is Althea Rae Janairo, BTW) go? First off…her real name is Althea. I love the name Althea. But she was one the hottest actresses on the planet for a hot cup of coffee in the early to mid-90s…almost ubiquitous. Then she took a wrong turn with Pauly Shore and a second misstep with Eric Roberts and then found herself mired in B-Movie hell with a veritable who’s who in the netherworld of straight-to-video C-Listers from Stevie Baldwin to the pro’s pro, Steven Seagal…

3) A day on Venus is longer than a year on Venus. That’s right…look it up (or just click this link). Not only that, Venus is the only planet in our Solar System that spins counter-clockwise…so the sun rises in the West and sets in the East. Talk about an Axis that’s Bold as Love 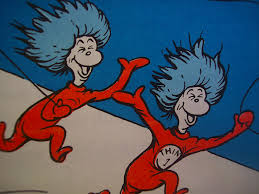 5) I just finished watching The Wire, which was tops on my list for shows to be snarfed down like a box of Bugles or Thin Mints or anything else that it is extremely difficult to stop eating/drinking/doing once you start…binge watching at its finest. As promised, the show now rests firmly in my own pantheon of top five dramas of all time (where, exactly, I am still not sure)…but I can say this unequivocally: Whereas The Sopranos and Lost had endings that irked and disturbed me because they were executed somewhere between questionably and poorly (for Lost, that might be kind)…David Simon’s opus (vastly different than Mr. Holland’s) disturbed me at its end because the subject matter is just incredibly frustrating and vexing and well, disturbing…from beginning to end and everywhere in between.

6) I recently learned that Quentin Tarantino has the exact same IQ as none other than Steven Hawking…yeah, I wasn’t sure what to do with that either, but on some level it just makes sense. You will all get a kick out of this link

7) And lastly, there is a time when you and your partner/spouse/significant other are pregnant, but you are mired in the delicate period of “loose lips sink ships,” unable to tell anyone but the closest of relatives for fear of jinxing everything. It’s a weird couple of months, and as the safe zone approaches, I find it more and more difficult to keep the secret. Recently, in our eleventh week, I ran into a couple while out with friends (wifey wasn’t with me)…the woman was probably eight months preggo…it was so obvious I felt comfortable breaking rule number one for men when speaking to women…assuming (or asking) if she is, in fact, knocked up. I was excited as a father-to-be and so I found myself blurting it out to these two complete strangers just because of the bond of pregnancy.

Anyway…that’s my show for today. Enjoy the day and fruits of your labors.